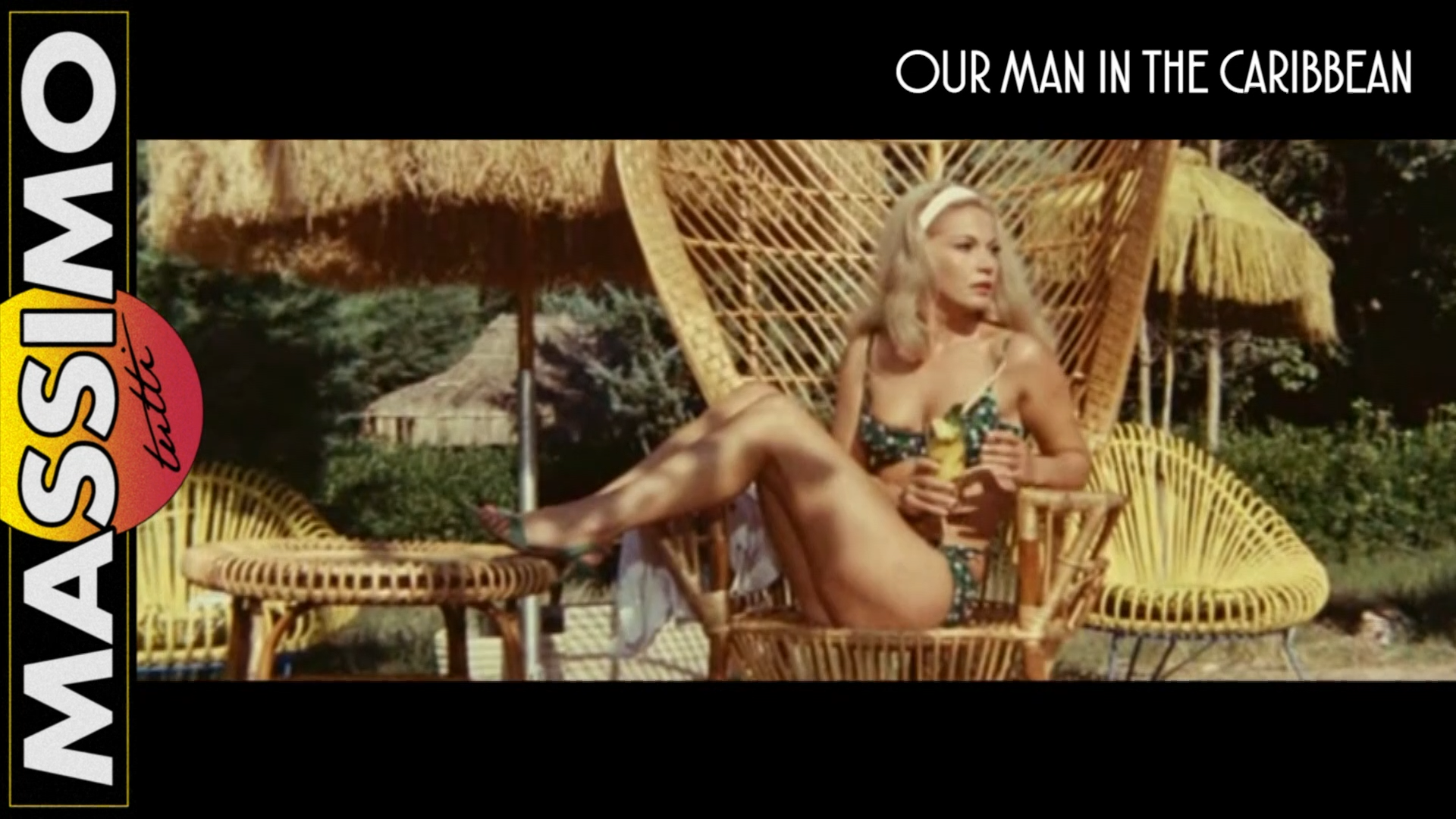 Summer has arrived with Massimo Tutti’s new summer hit ‘Dry Martinis and Wet Bikinis’. You don’t even have to go on holiday for it. Dive into the pool with Massimo and drink a well-deserved ‘dry Martini’ at the cocktail bar afterwards at his residence in The Caribbean. With it’s tropical mixture of groovy cocktail spy lounge and Latin percussion it’s ‘instant staycation’ where ever you are. Influences which recall the space age pop of ‘The King of Lounge’, Juan Garcia Esquivel and the jazzy guitar vibes of Wes Montgomery. Eventually it turns into a filmish ‘feel-good’ setting in which you expect Swimming Queen Ester Williams to show up any time. Watch and listen the music video at the website or on Spotify, YouTube, Instagram, Facebook etc.

The single, release number 6 now, is part of ‘The Dark Rum Files’, a selection of fictional soundtracks which is released in stages as singles. The video is a mash-up of retro eurospy cult movies alternated with a classic Martini commercial from the public domain and personal fictional advertisements and material.

This is the 5th single of Massimo Tutti’s forthcoming retro inspired album The Dark Rum Files which will be (pre-) released in parts as singles. Watch more Dark Rum files here. More about Massimo Tutti here. Enjoy amigo’s, salute and join me on Spotify, Instagram, Youtube and Facebook

Spread the word to a third!